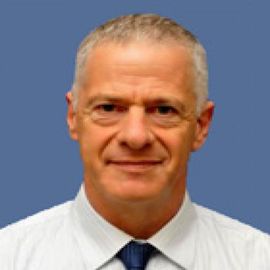 Prof. Nir Giladi, MD, is a renowned leader in the field of movement disorders, an associate professor in the Sackler Faculty of Medicine at Tel Aviv University and chairman of the Department of Neurology.

Prof. Giladi's research interests are in the field of gait, cognition and genetics in Parkinson's disease. In recent years Prof. Giladi, in collaboration with Prof. Orr-Urtreger, has developed and studied a unique cohort of over 900 PD patients from Ashkenazi Jewish origins, an ethnic group with unique genetic conserved substrate, using a whole genome approach as well as expression studies to identify markers in PD.

Prof. Giladi has nearly 200 papers published in peer reviewed journals and has served on the editorial boards of the Movement Disorders Journal, Parkinsonism & Related Disorders and the Journal of Neural Transmission